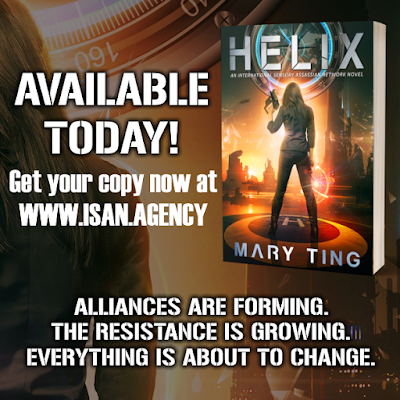 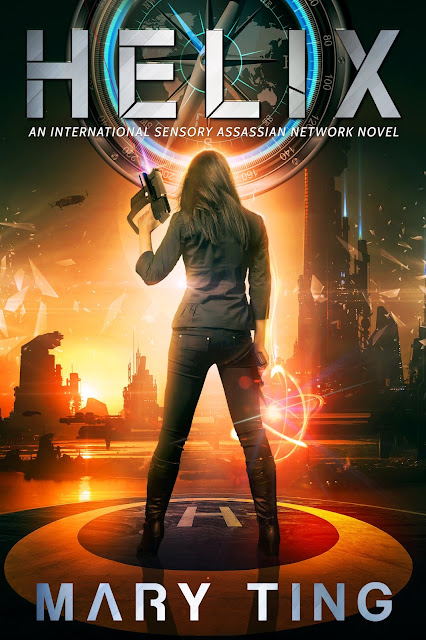 Series: Book 2 in the ISAN series.

ALLIANCES ARE FORMING. THE RESISTANCE IS GROWING. EVERYTHING IS ABOUT TO CHANGE.

With her memory still fragmented, Ava returns to the International Sensory Assassin Network (ISAN) to find the twin sister she never knew she had.

But as Ava hunts for information, she finds herself tangled in a web of yet more lies and conspiracy. The Helix serum may not be required to access her superpowers, and the number of male assassins—previously considered too volatile to tolerate Helix—is growing in every territory.

The more Ava uncovers, the more of a threat she becomes to ISAN. Her only salvation may be to join the rebels … if she isn’t killed first.

I twisted at the waist to dodge the

first pellet. Then I ducked and somersaulted when two more fired my way. I

flattened to the ground, rolled to my right, and then jolted up when more

whizzed by, one after another in rapid succession. After shifting awkwardly to

my left and right, I arched my back, and one missed me by a hair.

Drew stopped firing, his features a

mask of confusion. He looked at his Taser, most likely wondering if he should

even bother with it, and then watched me walk toward him to close the gap

“How?” His chest heaved and anger

seethed in his eyes.

I swaggered the last few steps with a

smirk. “I guess Helix likes me better. You’ve got the wrong briefcase, as you

know … and this is personal.

You messed with the wrong team.”

I slammed the heel of my palm into his

chest. The unforgivable blow caused Drew to fly off the roof to likely splat on

I placed the right suitcase on the

platform of the sub-glider. It whooshed and clanked open.